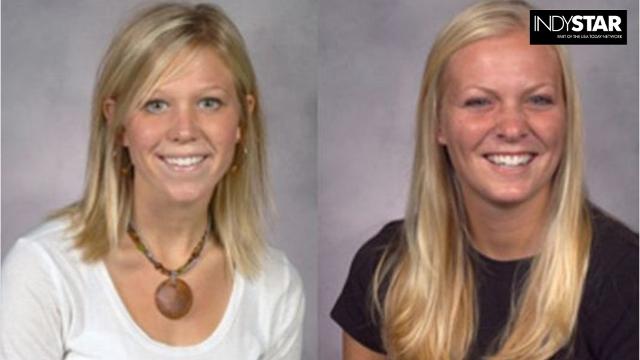 I read about the Laura Van Ryn case in the newspaper and I am so sympathetic to the parents of both of the families. I cannot believe that one girl was mistakenly taken for the other girl. It happens sometimes yes, but it had to be hard for Laura’s family to not know that the girl they talked to in the hospital was not their daughter. That their daughter was dead and they were told that Whitney was their daughter.

I am praying everyday for the families in the crash. Hopefully this mistaken identity confusion never has to happen again because I could not even imagine the pain to be told that your child is in the hospital in critical condition and then later find out that she is not your daughter that your daughter had died in the crash.

My cousin Michael Hughes was killed one night in a horrific car accident. He went to a party one night and everybody at the party was drinking and he got in a car with a number of people who were drinking.

My cousin was not the one who was driving and he knew better than to get in a car with someone who was drinking. We have told him many times not to get in the car with a person who has been drinking because he was just asking for something to happen to him.

My cousin was very depressed because he lost his father a while before this happened and he thought drinking was the solution to his problem, but it wasn’t. It ended his life.

On the night of the accident, my cousin like I said before got in the car with a bunch of kids that were drinking at this party he was at.

Next thing we heard he was dead and how he died will still be in my memory till I die.

When they hit the tree, my cousin was thrown from the back seat, through the wind shield and hit the tree. He was dead on impact. He was taken to the hospital in hopes to revive him, but his injuries were too severe.

When we all got to the hospital, his mom and grandmother were there and I heard about the crash and I knew he was not going to make it. I went and sat with his mother trying to comfort her, but how can you comfort a mother that has lost her child?

The best thing to do to give advice to those who have lost loved ones in an accident s love them, care for them and make sure they know you are there for them no matter what they need.

There is not easy way to get over a loved ones death no matter how bad the accident was. Advice is so hard to give to someone when they lose a loved one that is so dear to their hearts.

The advice I can give to those who lost a loved one is that they are in a better place now. They are not hurting or worrying about anything anymore. That sometimes does not work because in my cousin’s case, it is hard for a mother to get over losing their one and only child. So just let them know you are there and will never turn away from them when they need something. You never know when you are going to need them as well.

How to Safely Convert Your Car to Run on Water! The "Next Big Thing"